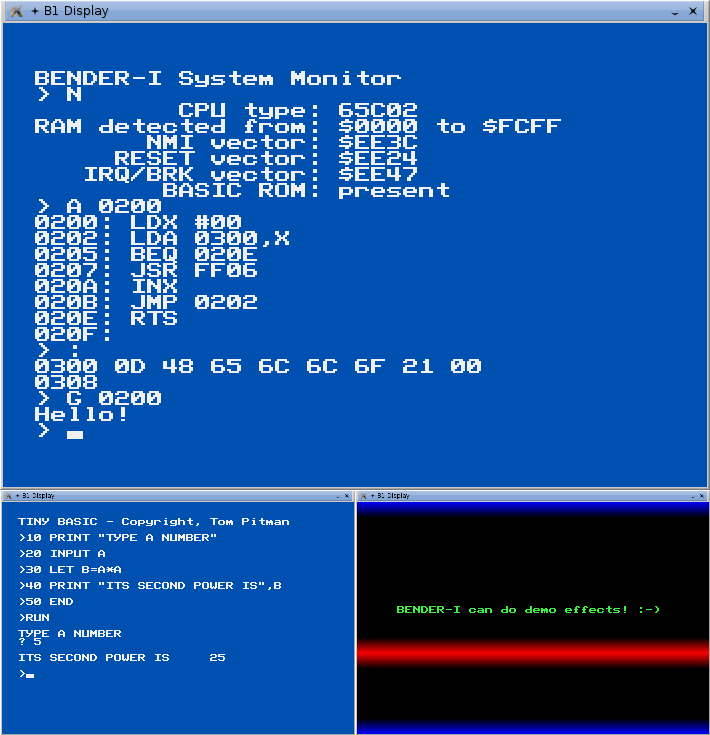 BENDER-I (or B1 for short) is a fictional computer system I've created for fun. The name is, of course, a tribute to Bender Bending Rodríguez, a fictional character in the animated series Futurama, who happens to be powered by the same CPU as B1 computer.